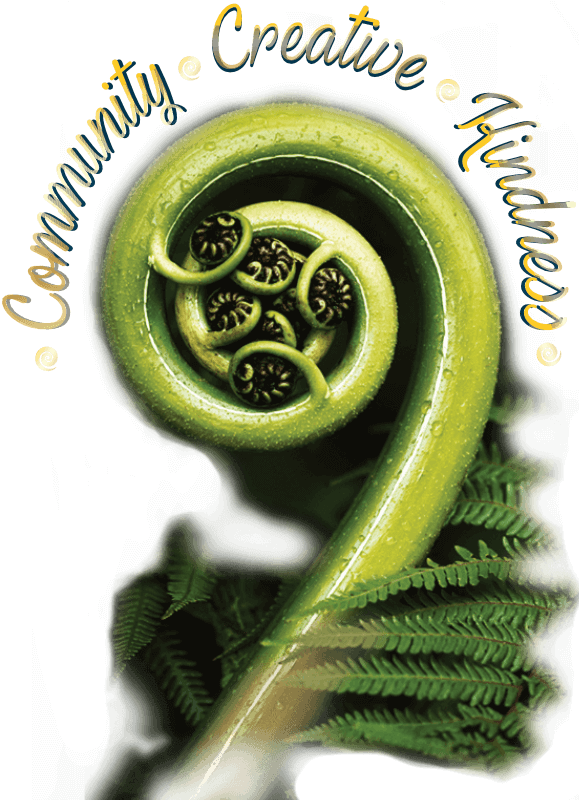 We are all Unique Walking Stories Just Waiting to be Told

Kez Wickham St George is the driver of her own creativity and her passion is to inspire and nurture others to tell their stories. Kez has travelled extensively including the width and breath of Australia, collecting storeys and experiences.

Now eight novels published the first three Adventures in the outback published internationally, three nationally in the paranormal genre. Two children’s books, which now reside in many different countries and with two Royal families. 2018 her first book of poetry, Entwined, a collaboration between the City of Rockingham and Ako, its sister city, in Japan. Then an invitation to be a guest speaker at a writer’s retreat in 2019 at Crom Castle in Ireland.

Kez is also a popular speaker at many local events; ever the storyteller. However mentoring others to tell their stories has become a large part of Kez Wickham St George’s life, running creative writing classes for those that have a story to tell. Encouraging people to do what they love has resulted in four of her writing protégés being published authors. 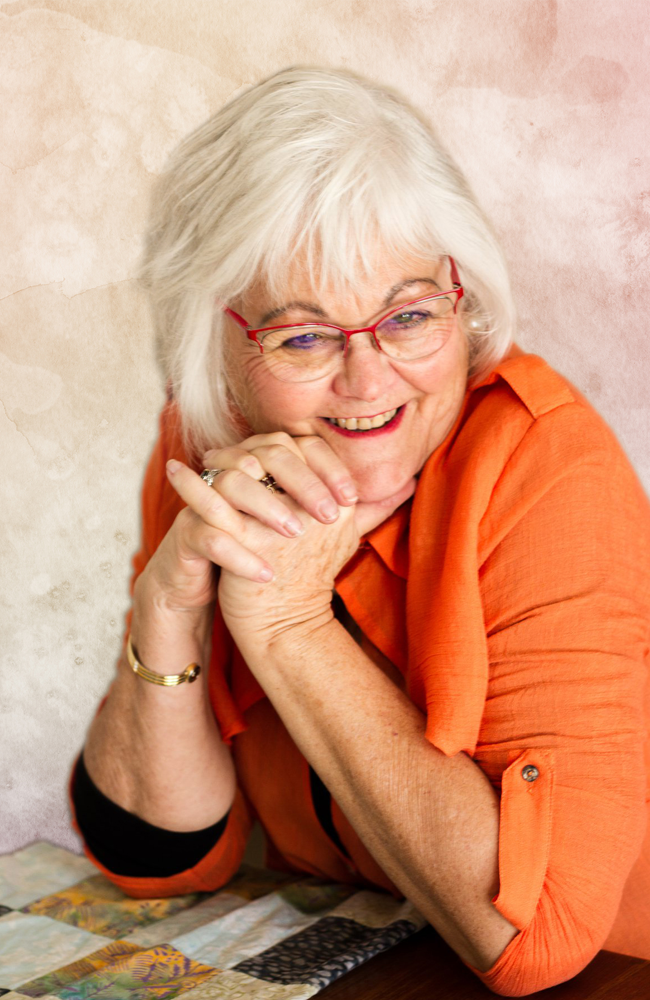 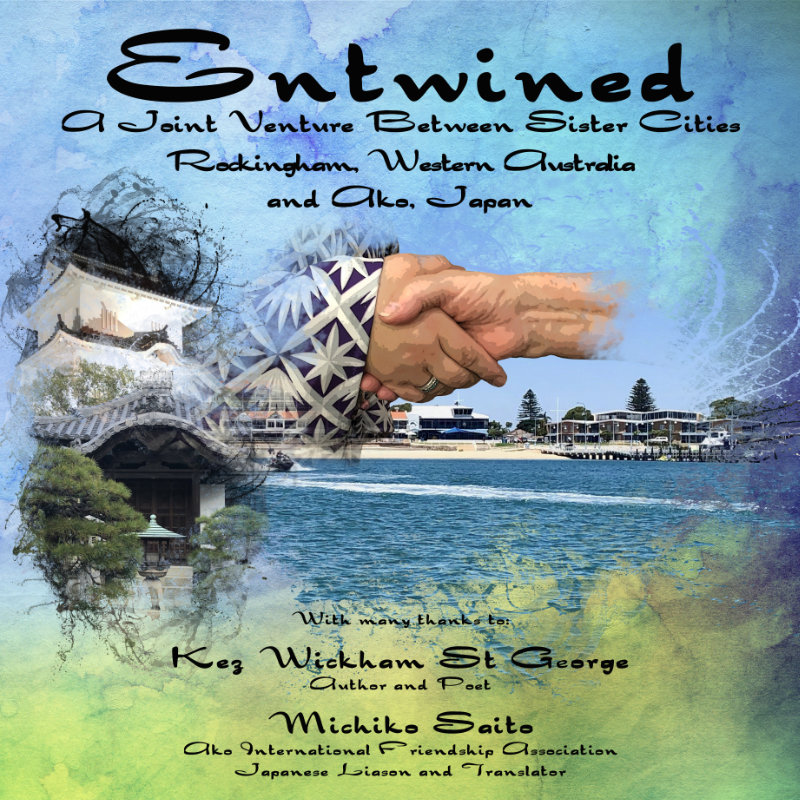 A book that had long been waiting to be published, but had not yet found the right time to do so, as Kez felt timing was the key. So the poems & stories had stayed in a small white suitcase at the back of a wardrobe. However In December 2018 the author Kez Wickham St George was invited to accompany the Global Sister City Committee of Rockingham WA, to travel to Ako Japan as an arts ambassador.

Her strong belief that art & culture of all genre’s can bring people together, was gratified when she met an artist Gotto Jin. Who agreed to place some art to Kez’s stories. With a handshake the book Entwined took shape. It was then gifted to the council of Ako Japan & Rockingham council. Kez also acknowledges her small team of volunteer’s that helped this book become as welcome and beautiful as it has. 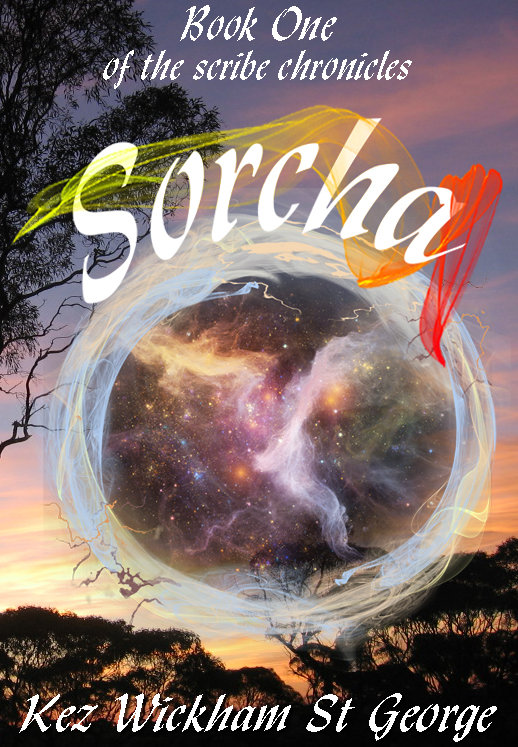 The first book of the paranormal series, from the 18th century, Sorcha a young herbalist who discovers how to birth a breech babe with ease. Using oils and local herbs, but was classed as a witch, by the overlord and his wife of the village. Shunned by those she had helped to cure in her village. Sorcha suffered a terrible injustice in her short life on earth. Sorcha pleads for her story to be told through the 21st century Tara the chosen conduit.

A book written with passion for the unjust & shamed of the herbal world in the 18th century . 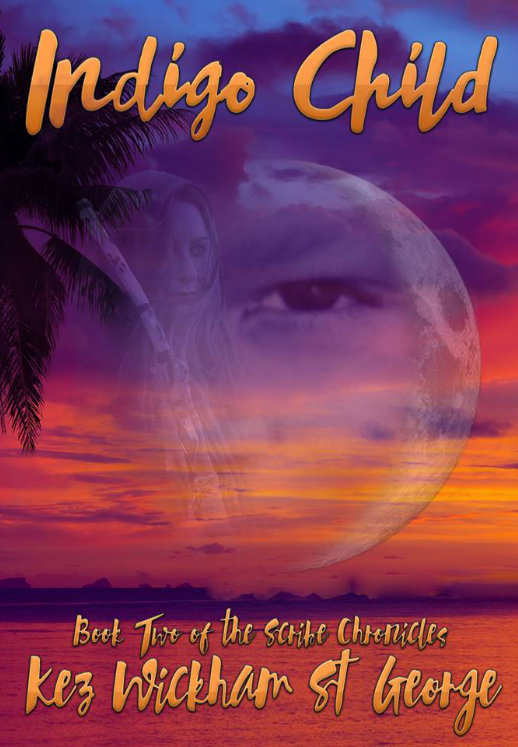 Tara finds she has become the conduit for another troubled spirit. A story of adventure of heartache and of a South Pacific Paradise.

That holds deep dark terror, secrets of a world we as humans no nothing about. Then Tara meets the Indigo’s underwater spirits wants nothing more than to destroy her life here on earth. Her protector and spirit guide Tanby steps in to protect Tara and wage war on this unholy island. 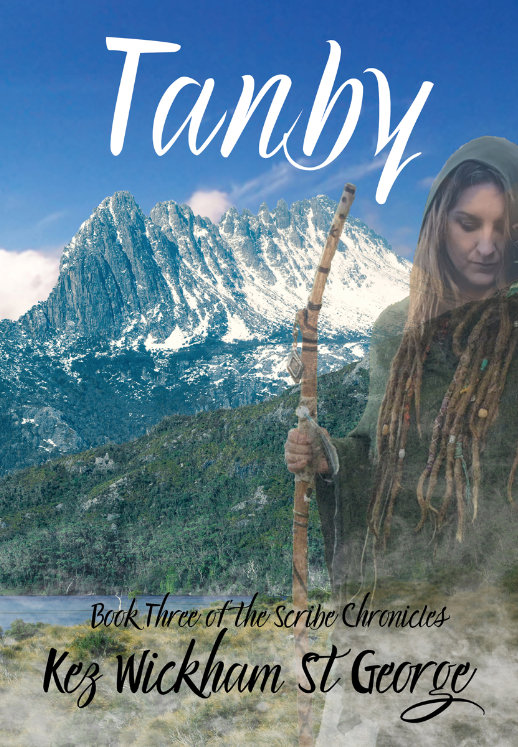 Tanby the last of the Paranormal scribe Chronicles.
20 years has past, Tara the lead character has passed away, the way she dies still a mystery the international police have only one
small parcel of diary’s to give her daughter Rae. As Rae reads through them she realises its a cry for help from her mum Tara,
to unravel the mystery of her death. To begin this task Rae must say good by to her family In England, where she has lived for many years,
Go back home to Australia to Rockingham WA and the farm her mum Tara once owned in Pinjarra. Her Australian childhood also beckons,
the good times of being a young one on these far off shores. What Rae does not know there is danger in every footstep she takes once she
first steps onto the land of her childhood . The spirit world wants to hide the truth, its Rae’s job to uncover exactly what happened to Tara and
also to the spirit guide Tanby. 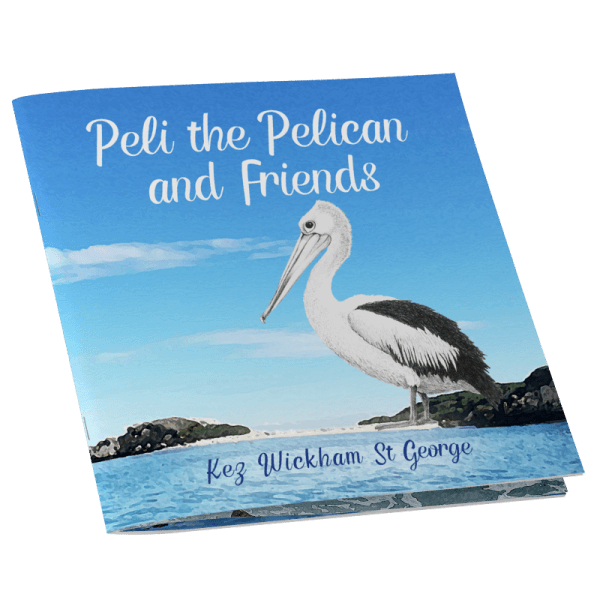 Peli the Pelican and Friends

Peli the Pelican and friends is a popular children’s book that has received many accolades, it is set in Rockingham Perth WA against Perth’s beautiful white beaches and bluest of oceans around Penguin Island a local tourist spot. Peli decides against his parent’s warnings to try his small wings and fly higher than he had ever done before. But when a storm closes in Peli has to find land and fast. Peli is lost and so frightened, that is until his friends Sammy Seal and Patty Penguin find him. Peli the Pelican is now being read by two Royal families, the HR in England and the HR of Denmark, plus the Prime Minster of New Zealand Jacinta Arden. So popular it’s in a 3rd edition and already looking at a fourth in 2019. It is also accompanied with a jig saw and audio disc. These can be ordered from the author. 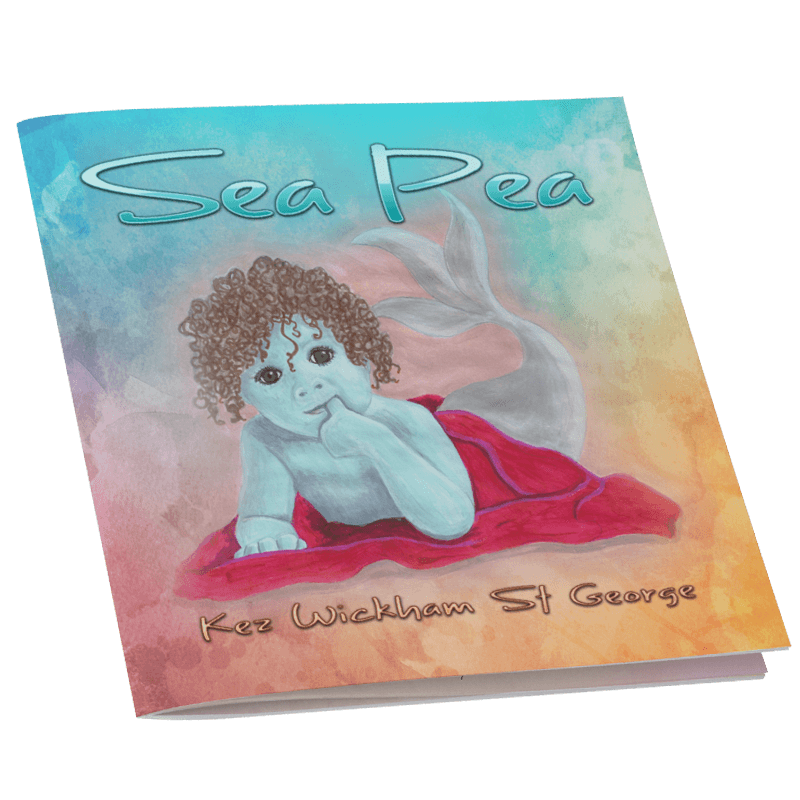 The story of Elsie the seaweed picker and her extraordinary find on a deserted North Island beach of New Zealand. As Elsie searches for exotic shells washed up after a storm. She stumbles upon the most precious treasure Elsie has ever seen. A Baby Mermaid who Elsie calls Seapea. Elsie knows this magical creature will not survive out of the sea, but has no idea what do to with this beautiful baby Mermaid.

All books may also be purchased directly from the author.
Send an email to [email protected].

With my writing, I use my own experiences, plus the tales told by others I’ve encountered during my extensive travels, to and around many different countries, as the inspiration for my romance thrillers, that I’ve become so recognised for. 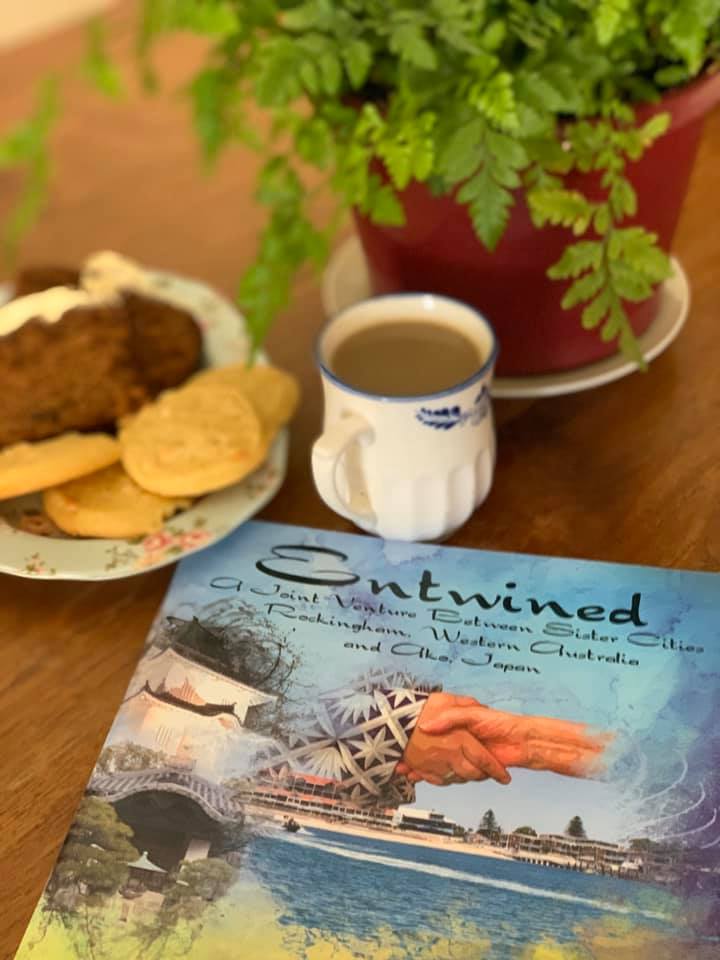 "Was most impressed with Kez Wickham St George's services, her kindness, professionalism and expediency to assist me in being the very first reader of my soon to be published book 'Awakening My Spiritual Heart'. Felt very supportively held by her. Thank you Kez. Infinite Love and Gratitude to you."

"A special shout out to my mentor and friend Kez Wickham St George. This wonderful lady is giving up her time to mentor me through the difficult business of writing my first tween novel and it is A LOT harder than I first thought - you have a lot of patience. Thank you so much for your help in getting me closer to my dream of being a published author."

"I am honored to welcome Kez Wickham St George as a Guest Speaker, I personally find Kez has that much needed ability to be her self,. An Internationally published Author for some fifteen years; she has co authored with European author Catherine Boughton in her book Poetry & Prose. And facilitated a poetry book between Ako Japan & Rockingham Perth as the Author of Entwined. She has been recognised for her children's stories by the Royal family Kensington palace. The Royal family of Denmark Sweden, and Jacinta Arden New Zealand's Prime minister."

"Huge Congratulations to Kez Wickham St George - International published Author! Kez draws on international inspiration to create phenomenal stories and poetry. Her efforts are encouraging greater understanding of the Creative Arts throughout the Pacific, including direct exchanges between Perth and Japan. Kez has gifted to many the art of writing and poetry combining this with a practise called Flow art. Promoting self care in all ways, Kez has a belief that to share your gifts is the way to live your life."

"Kez has been my Mentor for past six months, the patience she has shown towards me is amazing. Kez has a knowledge of storytelling that shows she is a true professional, but also a wealth of knowledge just waiting to be tapped. I have found her encouragement to be a writer nothing but joyful as she seems to cup you in safety. I love the way When im about to pull my hair out, she says 'stop & breath, this is your story, honour yourself first, then write."

News about the Author